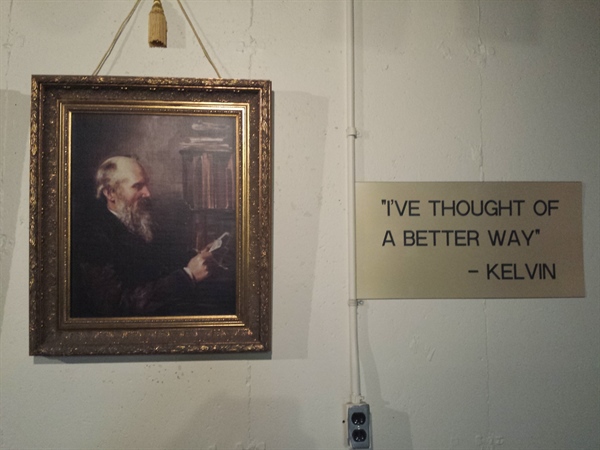 “I have thought of a better way”. This saying, attributed to Lord Kelvin, wasengraved over the entrance to the Kelvinator Refrigeration Company. Kelvinpondered many paradoxical questions including the darkness of the night sky (if

the sky is populated with billions of stars, why doesn’t the sky remain light after the sun sets?) and the age of the earth (if the earth is cooled by thermal diffusion it would have reached its current state much quicker than the many millions of years

postulated) and refrigeration – the output (heating or cooling) exceeds the input (electrical energy).

This paradox of refrigeration proposed by Kelvin, the Father of Thermodynamics, at first seemed to contradict the law of conservation of energy, but Kelvin aptly explained it by the laws of Thermodynamics and by showing the energy input was not converted into the heat or cooling. Instead, the energy was simply moved from one location (outside) to another (inside the space). For this hebecame synonymous with refrigeration so much that there was an attempt to rename the process of refrigeration to Kelvination by the Kelvinator Company by Edmund Copeland (later founder of the Copeland Corporation).

But Kelvin himself had no direct involvement with the development of the first automatic electric refrigeration machines, which began at Kelvinator, and that too is a paradox.

Refrigeration Research, Inc. was the first to offer “zoned” filtration driers and now takes it to the next level for R-410A application. See the website for more information or contact us directly at www.refresearch.com or (810) 227-1151.