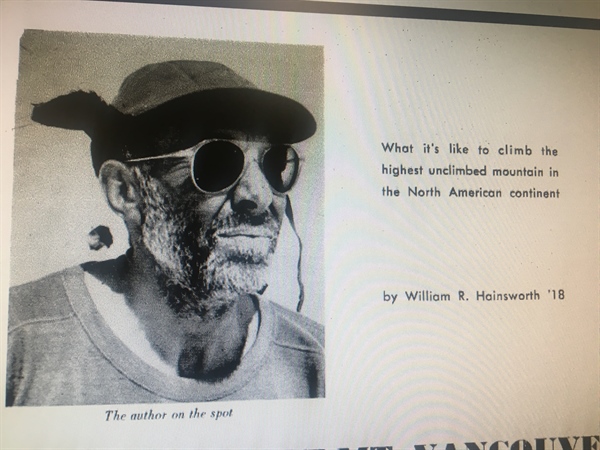 Doctor W.R. Hainsworth stood at the podium at the 31st Spring meeting of the American Society of Refrigeration Engineers in 1944 and proclaimed that scientists would never find the perfect refrigerant. But, that didn’t stop him from trying. He had survived the rocky gridiron known as Denny Field under the tutelage of the legendary coach “Gloomy Gil” Dobie as a fullback for the University of Washington and hardship and privation while scaling the tallest unclimbed mountains in North America so, the challenges of research didn’t sway his dogged determination to succeed.

As vice president of Servel, his research focused on refrigerants for absorption systems. It was common knowledge in 1944 thanks to Servel that the energy needed to raise 1 lb. of  ammonia from the pressure of 0 degrees F evaporator to that of an 85 degrees F condenser is greater by more than 100 times when the vapor is directly compressed as compared with the energy requirements when it is first absorbed in water (1-1/2 lbs. of water per pound of ammonia vapor) and then pumped to the higher pressure. In other words, the essence of the absorption refrigeration cycle concept is the idea of raising the refrigerant pressure when the refrigerant is in liquid rather than vapor form.

Dr. Hainsworth in his research noted that the heat generated as ammonia dissolves in an absorbent is proportional to its’ effectiveness as a refrigerant and absorbent combination. Ammonia generated more heat as it dissolved in water than in any of the Freons, which indicated the greater affinity of water for Ammonia than the Freons. He used this relationship to determine the best combinations using both organic and inorganic compounds. The best combinations unfortunately yielded a plastic like material which although perhaps helpful to plastics research was not useful for refrigerants.

Although Dr. Hainsworth ascended to the top of his profession perhaps his most memorable accomplishments were ascending the mountains of North America. As an eighteen year old forest ranger he collected data on deer, bear and mountain lions in the Olympic National Forest and became interested in mountain climbing. After leaving the football field at Washington he moved on to M.I.T. and then Caltech and then to New York with Servel. But, he never left his love for mountain climbing behind as he practiced wherever he could including the Matterhorn or Manhattan. He climbed over 22 mountains never before ascended including Mount Vancouver, the tallest unclimbed mountain in North America at that time.