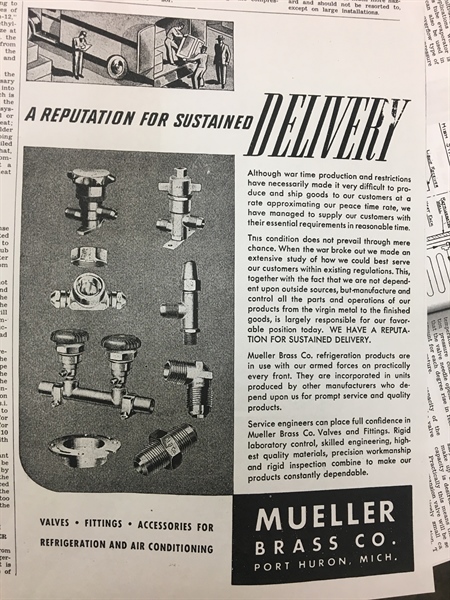 Charging a system in 1944 was much like it is today. Most systems used either methyl chloride or R-12 and some low temperature systems used propane but, not for the reasons we are using it today.They also used service cylinders. The service cylinders were smaller reuseable, portable containers used to transfer the refrigerant from the large containers bought from the manufacturer.

One piece of advice that remains current for today is to never heat a cylinder with a torch. Although it would seem that the torch would be more effective at heating the refrigerant, submersing the cylinder in a warm pan of water actually transfers more heat to the refrigerant faster and at the proper temperature.

Advice from 1944 remains current for today including this from an ad for the Mueller Brass Co. with regard to the way to still supply customers during a time of material and labor shortage, a condition many manufacturers face today.