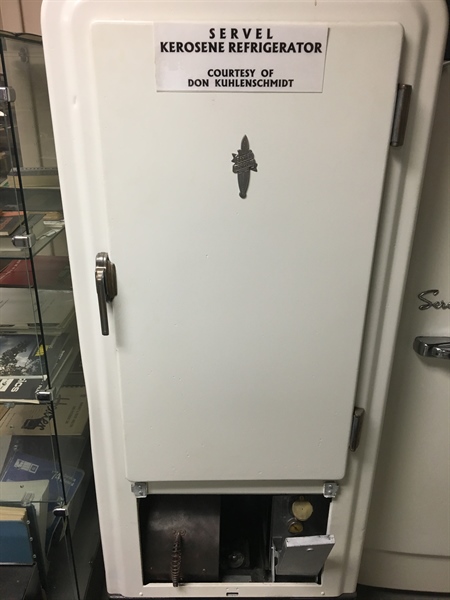 With an imaginative mind and a flair for invention, Carl Munters showed promise at a early age. After finishing school at the Norra Real Upper Secondary School in Stockholm, he chose to follow in his father’s footsteps to pursue a career in engineering, beginning at the Royal Institute of Technology. While at the Institute, he collaborated on a student project with fellow student Baltzar Von Platen. Munters and Von Platen hoped to make a refrigerator without any moving parts. They nearly succeeded; in the end they settled for only one moving part, a check valve.

The two students rented a room to work on their project day and night, sometimes sleeping in the mornings and missing their classes. After a year of hard work and perseverance, they built their first prototype. The new invention which used heat to produce cold garnered much attention even amazing Albert Einstein with their ingenious solution. Munters and Von Platen formed the AB Arctic Corporation to manufacture their first absorption refrigerators. Electrolux founder, Axel Wenner-Gren, followed the progress of the fledgling organization with great interest. He was looking for a new domestic product to couple with their line of vacuum cleaners. In what seemed like a bold move in 1925, he bought AB Arctic from Munters and Von Platen. Electrolux hoped to manufacture refrigerators along with their flagship product vacuum cleaners which as he put it were the only products in the vacuum industry truly worthy of the name. Wenner-Gren risked the future of his company on a not fully developed product produced by a couple of young engineering students.

He relied on his friend and colleague, the brilliant physicist, John Tandberg, to mold the absorption refrigerator into a practical product for domestic use. The bulky Von Platen –  Munters model was water cooled and needed to be directly connected to a heat source, a water line and a drain in order to function. Tandberg streamlined the system by switching to an air cooled system to make it more suitable for the home market. By 1927, interest in the Electrolux absorption refrigerators was running high and the American company, Servel Incorporated, made a bid to manufacture absorption refrigerators under license from Electrolux.

The Servel Electrolux partnership proved beneficial for both parties. Servel provided their expertise in manufacturing refrigeration compressors to Electrolux which allowed them to build larger refrigeration plants for the commercial and industrial markets where their absorption models lacked the necessary capacity. By 1936 , Electrolux had built over one million refrigerators and solidified their name and reputation as a refrigerator manufacturer. Axel Wenner-Gren’s amazing capacity for entrepreneurship continued as the rest of the drama of his life unfolded.