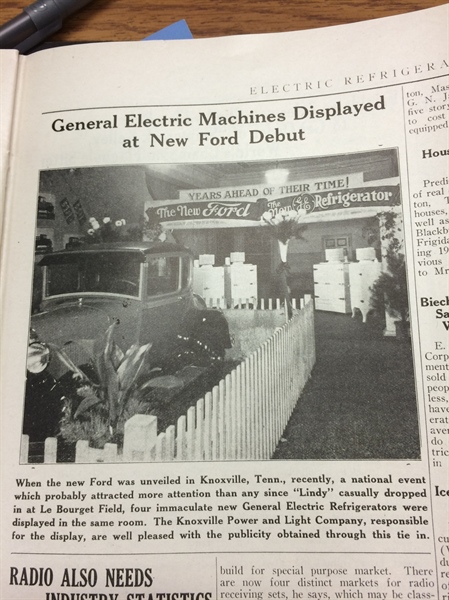 Fairfield is a little town but, a progressive powerhouse. The county seat of Jefferson County has an abundance of start up companies and is one of Iowa’s economic superstars. Also known as little Silicon Valley, it is governed by a seven member city council. Back in 1928, the city council took extreme measures to limit the use of electrical devices.

The appliance industry was booming right at the same time as the rapid growth of radio communication. People from east to west had grown to depend on the radio for the news that affected every aspect of their lives from their investments to which crops to plant. They also relied on the entertainment value that radio provided throughout the day and into the night. The growth of the appliance industry paralleled the growth of the radio but was often becoming a bit of a noisy neighbor. It seemed that electric refrigerators, vacuums, washing machines and all other sorts of appliances were wreaking havoc on the air waves and interfering with the broadcast of radio programs. Something had to be done and in 1928, the Fairfield City Council decided to ban the use of all electrical appliances from the hours of noon to midnight. Violators faced a fine of $100.00 or 30 days in jail. Mother had better finish her washing by noon for if that machine was still running any later you might find her in the Jefferson County jail. At least she would get clear reception of Anna Smith’s Hints for Homemakers, the X and Y Romances and the Jungle Kids on the Sheriff’s radio while she did her time.

The council eventually repealed the ordinance and Mother stayed happily at home enjoying all the convenience of modern appliances while still never missing an episode of Is the World Getting Better or Worse?