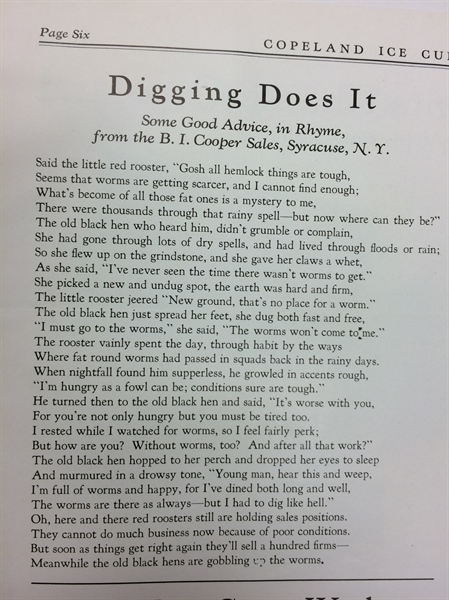 The sentiments of this poem, published in the monthly Copeland Ice Cube, were surely put to a severe test as it appeared with the Great Depression looming on the horizon. Copeland itself did not survive the coming bad years but, managed to reorganize under the guidance of the “Four Horseman”, Oskar Buschmann, Frank Gleason, Harry Thompson and Charles Curtis. These four men rescued the company with many critical decisions after they moved the business to Sidney, Ohio. Most important they were able to retrieve key patents including the original design for an accessible hermetic compressor today known as the Copelametic. They refined the design and the manufacturing processes which ultimately led to the complete recovery of Copeland. I guess you could say that after digging deeper they too were able to “find the worms”.