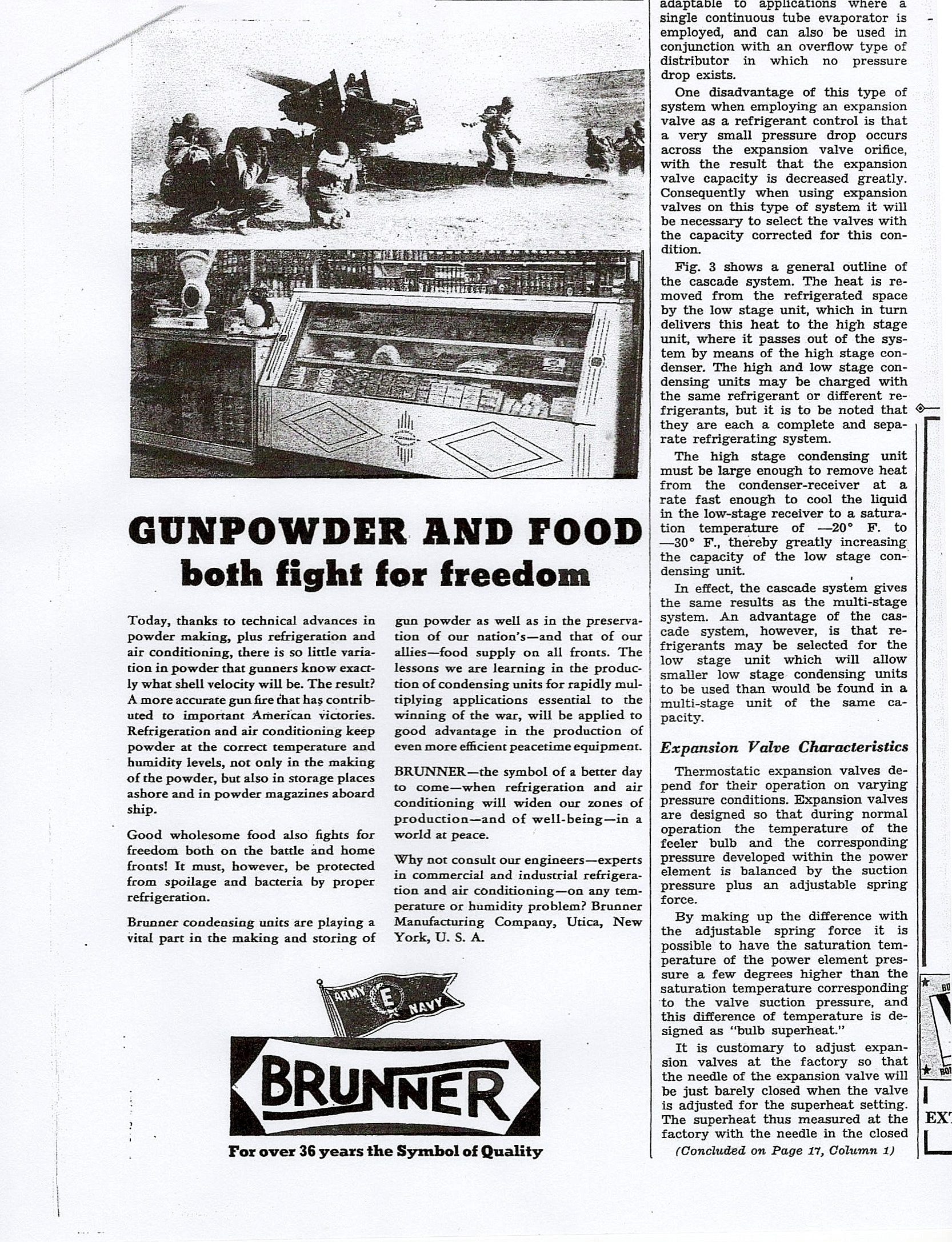 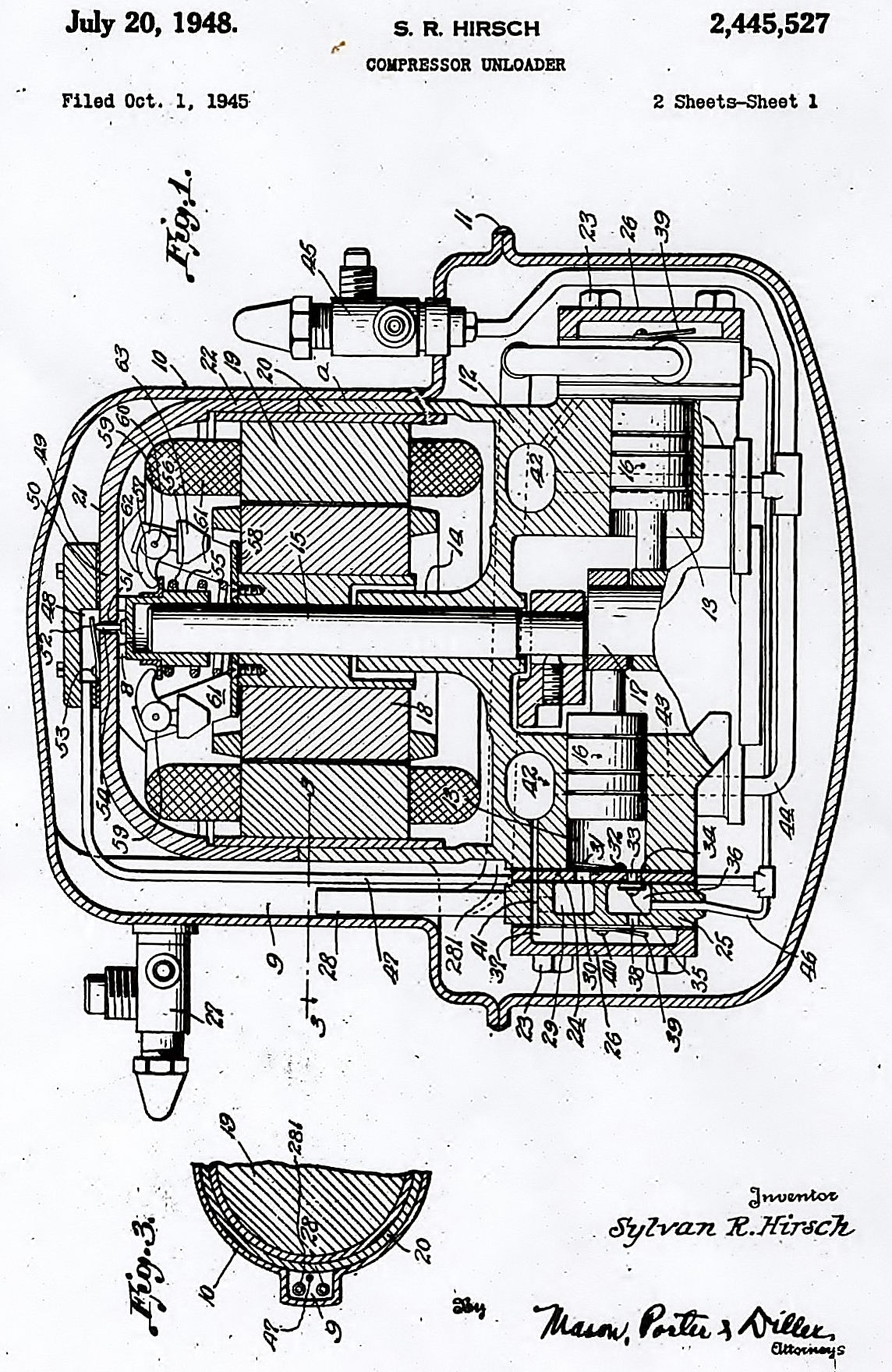 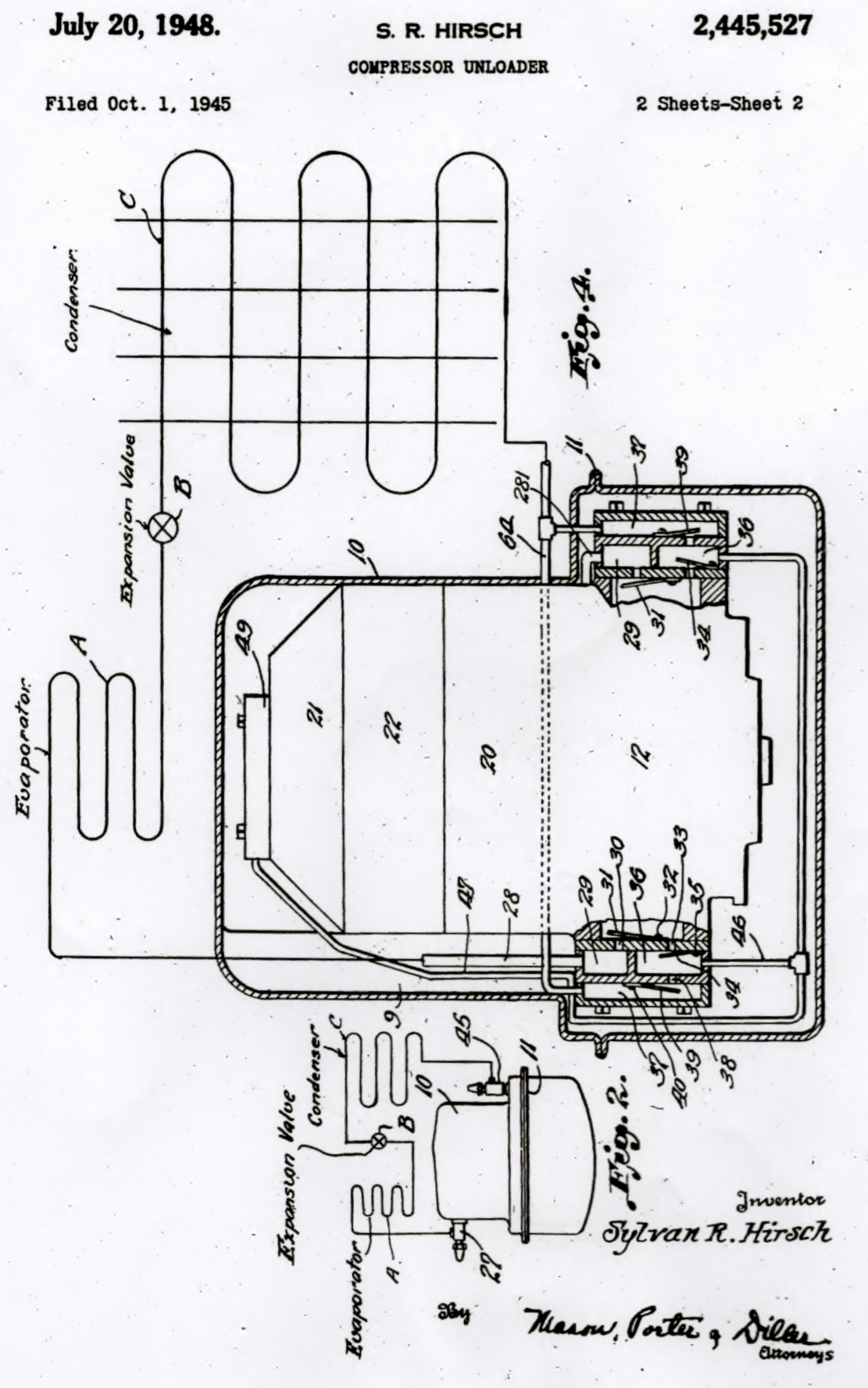 In 1944, when Refrigeration Research began, refrigeration manufacturers were preoccupied with the World War yet looking forward with hope for peace in the future. While committing completely to the war effort, the refrigeration industry hoped to find useful applications that would also provide for a better life in peace time. For a company like Brunner Manufacturing, a maker of condensing units, it was not a question of “guns or butter” but, “guns and butter.” Many of their condensing units were going into refrigeration units to preserve and safeguard the food supply of our military while also providing the proper environment for the production of ammunition and armaments.

It was important to maintain the proper temperature and humidity in the production of gun powder as described in the ad shown from the Refrigeration News dated January 31, 1944. Precision in the manufacture made for precision in the field better powder assisted in making more accurate armaments, Brunner, like many other manufacturers, diligently strived to aid those men and women constantly in harm’s way in the field of battle and in field hospitals who relied on accurate arms. They hoped American ingenuity and Engineering would help win the war and restore peace.

During this time, Sylvan Roos Hirsch, an American inventor and compressor designer at Brunner, was working on an idea for a compressor unloader. Hirsch hoped to reduce the load on a hermetic compressor at startup by relieving the high side pressure when the compressor was at rest and then allow the electric motor to reach running speed before starting compression.

Through a series of valves, as shown in his patent drawings, he equalized the pressure in the hermetic casing during the off cycle which allowed the compressor to start unimpeded by the high side pressure. As the motor gained speed, centrifugal force aided by the refrigerant pressure slowly closed the valves to begin the compression cycle.

Hirsch applied for a patent for his invention in 1945 towards the war’s end. Later inventors adopted some of his ideas to create a way of capacity control by unloading compressor cylinders. This unloading prevents short cycling and improves the efficiency over wide load variances.

Although electrical advances in motors and capacitors made the compressor valve gymnastics eventually unnecessary, many systems still use compressor unloading for capacity control, better efficiency and longevity for refrigeration equipment.